From KCHR
Jump to: navigation, search
This page has not been proofread

Brother arrived in the morning.

Sent an application to the Secy, S.S.L.C. Board with the words "Forwarded and strongly recommended by the Principal.

Forwarded a letter to Chakkochan, wrote a reply in the evg. also to the Imperial Bank. 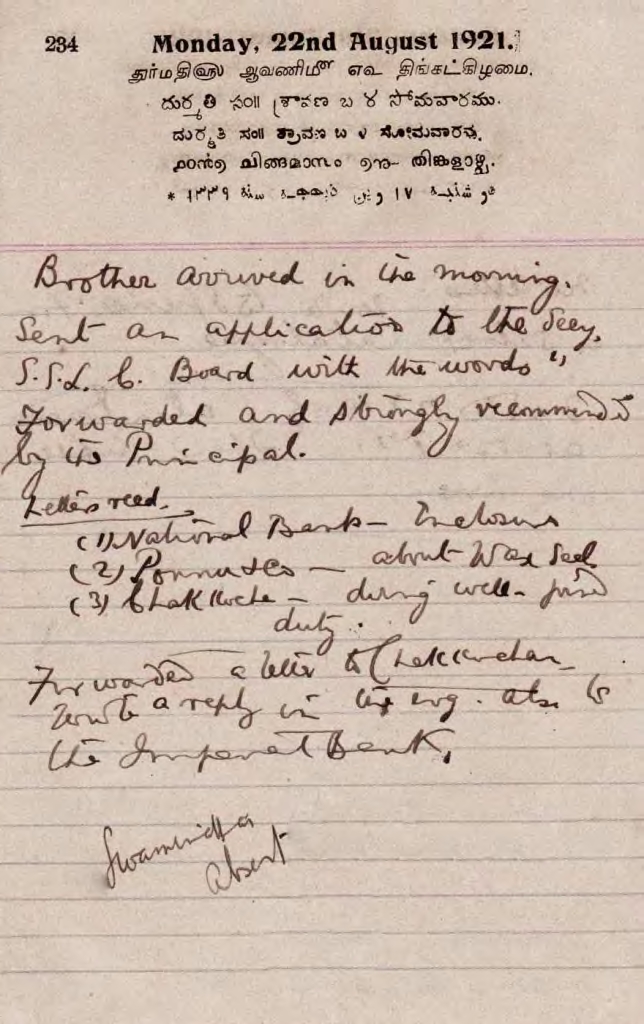